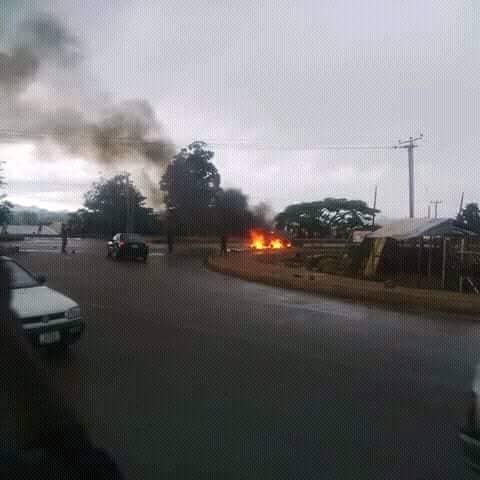 Nigeria is the origin country of many of our past students and friends. We, at JCBT, had the privilege of training and working with many Bible translators who became more than friends to us. Unfortunately, their country is going through an upheaval.

The News article here offers some information on what happened in the troubled country. One of our current students is from Jos Plateau state, north central Nigeria, the area where dozens of armed Muslims opened fire on his Christian community at the early morning of Wednesday 24th of June. The attached pictures are actually from his home town, where his wife and daughter live. His wife reported that there has been gun shots all over the neighborhood, right after the local church service. The attackers targeted the members of the church and managed to kill over 200 people and razed several houses. According to her, the following day, a curfew from dusk to down was imposed as a result of the usability and the danger from these armed Muslim militia.

Please pray for them.

These are the prayer requests we have received from our Nigerian student this morning:

Your Brother in Christ.